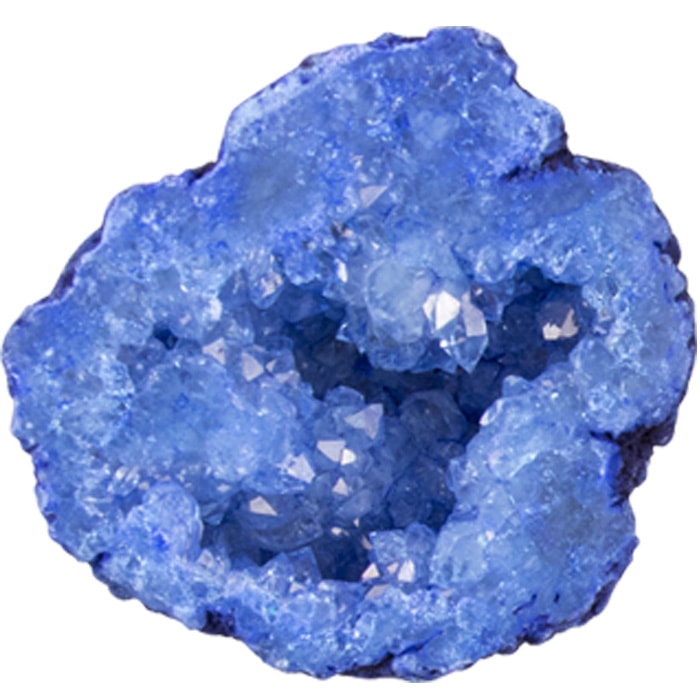 About geodes
​
They may look like ordinary rocks, but inside you can find beautiful crystals. These rocks are called geodes (from a Latin word meaning "Earthlike"). They are generally round or oval (egg-shaped) and range from 2 to 12 inches (5 to 30 centimeters) in diameter, although some are larger.
​
Geodes are made up mostly of the mineral quartz, which consists of silicon dioxide (a compound containing silicon and oxygen). Other minerals found in geodes include those containing carbon (such as calcite) or sulfur (such as pyrite). On the outside of a geode is a dull quartz called chalcedony. Inside the geode are many sparkling crystals that point inward. The crystals act like prisms, reflecting and refracting (bending) light to produce a dazzling display of colors.
​
Geodes grow over many thousands of years through the action of water flowing through rocks. Some geodes form in the cavities (holes) of limestone and shale. Others are found in places where gas has bubbled up through molten lava from volcanoes. When the lava cools and hardens, the bubbles leave cavities in which geodes can form.
As water flows through such rocks, minerals dissolve in it. The water carries these minerals and deposits them on the insides of the cavities. Over time, the minerals grow into crystals.
See the DNR Brochure about geodes 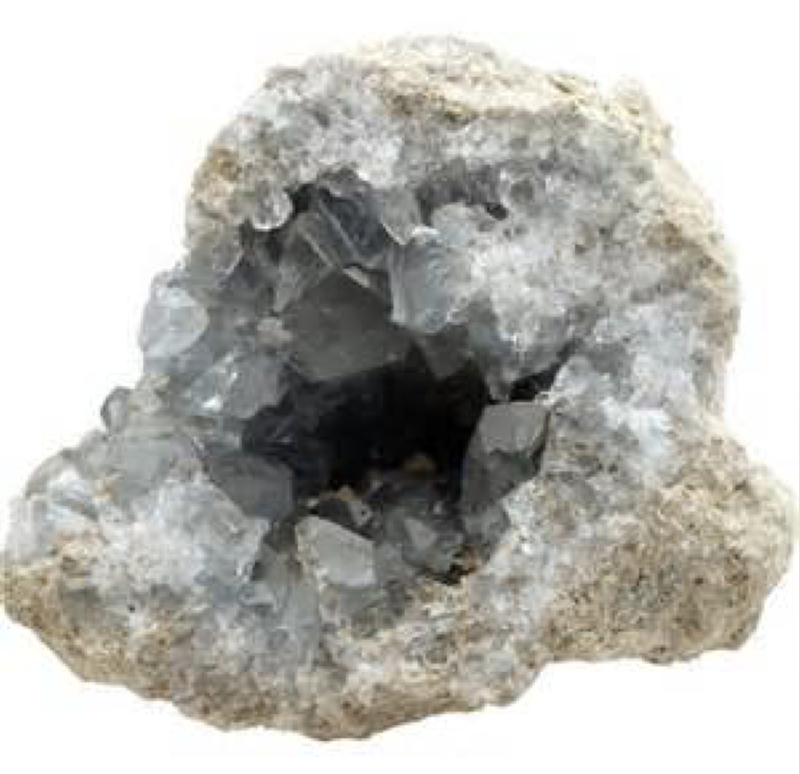 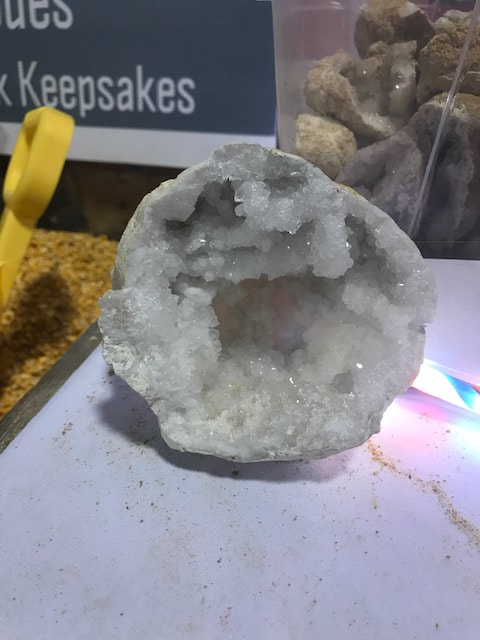 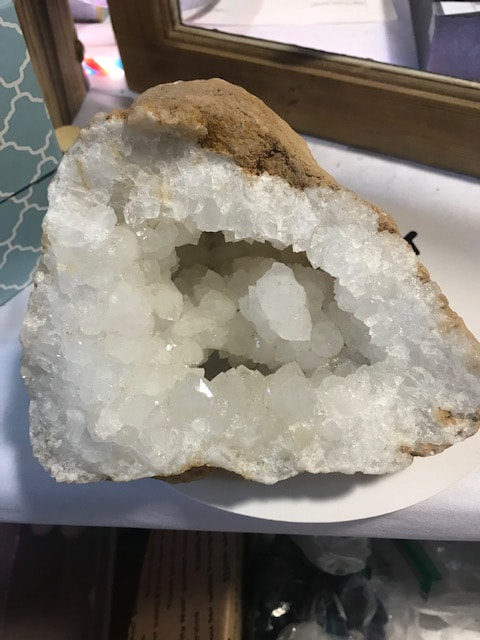